There was a flurry of headlines this past summer about parents doing the unthinkable to get their kids into college. Not the ones you’re thinking about. This second set of headlines had nothing to do with Desperate Housewives, Aunt Becky, or Ivy League intrigue. This scandal was smaller and more Midwestern, though the headlines seemed crazier. “Parents Giving up Custody of Their Kids for Financial Aid” was the Slate.com headline. “Some Parents Are Giving Up Guardianship of Their Kids to Get College Financial Aid” said NPR. These were based on a report from ProPublica which highlights how some affluent Illinois families found a loophole to legally surrender guardianship of their children to score extra financial aid, which isn’t as extreme as headlines made it appear, but does beg the question: if these affluent families are worried about college costs, what about middle-class families? Is it still worth it to send their students to college?

In her book Indebted: How Parents Make College Work At Any Cost, NYU Professor of Social and Cultural Analysis Dr. Caitlin Zaloom talks about how the US middle class has long been defined as being able to provide better opportunities for their children, and increasingly, that meant obtaining a college degree. College has traditionally been not only where middle-class students go to get a degree, but also where they figure out their career path, expand their worldview, and grow up. A 2017 survey asking why students go to college found 85% of them do so to get a better job, 72% to make more money at said job, but 76% said that a general education and appreciation for ideas were their driving force. It’s not just the degree. It’s the experience. These are all valid and admirable reasons, but they also fall into “things we’ve always done” versus “what’s working now.”

“Does college guarantee you a better job?,” “Will you make more money with a college degree?,” and “Is college the best place to find yourself?” are all questions today’s families and educators need to bring to students’ attention when they are starting to formulate their post-high school plan, especially since Ms. Zaloom asserts in Indebted that the US middle class is increasingly being defined not by their ability to send their children to college, but by the dilemma of how to pay for it.

This isn’t just a case of one book taking a doom and gloom stance on college costs. You’d have to be living under a rock not to know we’re in a “student debt crisis.” We’ve hit a head where college is becoming more ubiquitous, yet costs rise every year. A study by U.S News and World Report from 2000-2020 asserts that the average tuition and fees (room & board, supplies, etc.) have jumped 154% for private schools and 221% for state schools. Student debt is currently at 1.6 trillion dollars. On top of that, 43% of college graduates are underemployed, meaning that while they have the college debt, they’re working jobs that don’t need the college degree and/or pay much lower than projected. 51% of students who drop out of college do so for financial reasons, starting, then finding themselves unable to continue; all the debt, no degree.

Despite those harrowing stats, a college education isn’t a financial death sentence. Studies also show college grads earn an average of $30,000 more than those with just a high school diploma. The Bureau of Labor Statistics reports the pay gap between those with a four-year degree and those with a high school degree is at a record high. Those with just a high school degree face a 17.9% unemployment rate versus 5.6% for college graduates. There’s also the stark reality that many jobs require a college degree. Statistics about college costs don’t always account for the fact that many students don’t pay the sticker price thanks to financial aid and scholarships. Statistics about student debt don’t always break down what kinds of colleges students accruing these debts are going to (private colleges vs. less expensive state schools) or what their socioeconomic background was to start. While the prices are outrageous, there’s a nuance lost in this discussion.  Forbes recently published an article entitled “Please Stop Asking Whether College Is Worth It,” chiding fellow publications New York Times, Washington Post, and Wall St. Journal for running pieces asking that question, before sharing statistics expounding the benefits of a degree.

Look, we could argue pros and cons all day and come up with evidence for both camps if we want to answer the question of “should middle class parents be sending their students to college?” It’s ultimately going to be a question no one can definitively answer. Like most things, this isn’t black or white, and the correct answer for each student lies somewhere in that swirling gray matter between. What we can definitely say is that if you’re firmly in the middle class, and if financing college is something you have to worry about, then the days of going to college to figure out what you want to do are done. As Camilo Maldonado, who covers personal finances for Forbes writes,”35 years ago, it made sense to make that investment to grow and learn about oneself at college, but at the current cost of a university degree, that no longer makes sense.”

What we can help you do is to start planning, exploring, researching, and thinking, because while we can’t definitively answer whether or not it’s worth it for a middle class student to attend college, we can help give you the tools to evaluate whether or not it’s your right move. We can definitively tell you that for a middle-class student, college should be an option, not the given. It should be one of the possible pathways, not the only one, because there are a whole slew of options to help put students on the path to gainful employment, financial success, and expanding their worldview that don’t necessarily include throwing frisbees on a quad between classes. However, if you chose the college route, there are also a slew of options to consider before enrollment to ensure the school, program, and major you choose line up with what you can realistically afford.

The key to all of this is to start working with families and students at a young age to get an understanding of what type of career path or paths they wish to pursue and then explore all the options that will lead them there in a way that doesn’t break any banks, or force any parents to relinquish custody of their children.

In our next post, we’ll be discussing some viable career paths, both college and not, middle class families have traditionally overlooked. 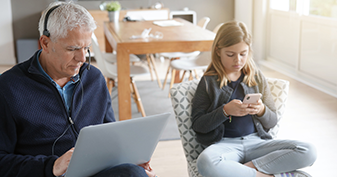 Every new challenge gives you the tools to cope with situations you've never considered. Let's embrace that. 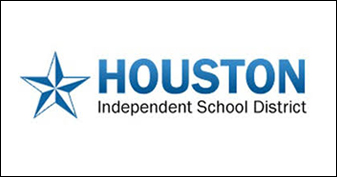 In addition to traditional job-shadowing, HISD students in the Career and Technical Education program will soon.... 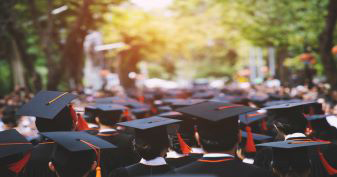 The ways our younger generation views a college education is helping to shake up the 21st Century world of work.