Nicholus Bussell’s been asked if teaching personal finances to freshmen is a little too early. It’s a fair question, considering financial literacy has traditionally been something introduced later in high school, typically at the junior or senior levels. Many schools don't teach it at all. A 2017 "Report Card" by the Champlain College Center for Financial Literacy gave 27 states grades lower than a C in respect to their financial literacy efforts, and only 5 states (including Mr. Bussell's home state of Tennesee) received an A. It also found that only 28 states have financial literacy standards for students at the middle school level. They’re not learning it at home either. 69% of parents are reluctant to discuss finances with their kids, yet only 23% of students indicated that those non-reluctant parents actually sat down and talked with them.

Mr. Bussell always has the same answer. No. It’s not too early to start teaching students about financial planning. In his experience, underclassman are the ones who take these lessons seriously and freshmen are more eager to tackle this topic, especially since his course is in the second semester. If you've ever taught a senior during their second semester, you know what he's getting at. It also makes sense to introduce this topic before it's too late. Telling a high school senior how to balance car payments and student loans once they've already starting acquiring both is a bit of a moot point. He stressed that the earlier we teach students about personal finances, the earlier they can start implementing their new financial literacy.

Nic's freshmen students are perfect examples. He’s had students open both checking and savings accounts. He’s had 9th graders start investing in CD’s, which is astounding to a certain writer who would’ve ran out to The Wall to stock up on Now Volumes 1-12 if you had asked him to "invest in a CD" as a freshman (which he then would’ve apparently followed up with a severely outdated joke?).

It's not just experience that backs Nic up either. So does research.

There are studies that prove that by age 12, students have the capability for the same “economic understanding” as adults. Even more pressing, there's a real financial literacy deficit in our country. 63% of adults can’t answer basic financial questions. 40% of Americans don't have the savings to cover an emergency over $400.00. 17% say they're unable to pay their monthly bills. 72% of Americans have felt stress over money in the past month. We've talked here about the massive amounts of student debt crushing Americans. Credit card debt is even worse. Nic stressed that in relation to financial planning, helping his students avoid student debt is one of his main jobs, because he realizes what a burden it becomes.

If you’re thinking, “wait, aren’t we here to talk about the innovative ways Mr. Bussell is using VirtualJobShadow.com in Smith County Schools?”, well, you’d be correct. We are. We’re here to talk about the innovative way Nic, a CTE instructor at Smith County High School, marries career exploration to personal finances in a way that helps students synthesize the connection between their passion, their career, their priorities, and the lifestyle they want. He's doing this at a young enough age that students will hopefully see the correlation between salary, career, and lifestyle, and be able to avoid the financial pitfalls we've just spent time outlining.

Nic, who’s also a head girl's soccer coach, assistant boy's soccer coach, student council advisor, and assistant athletic director, teaches a Career Connections course in the fall semester and Personal Finances in the spring. He's utilizing VirtualJobShadow.com as the bridge between the two courses, believing career and personal finances to be two sides of the same coin. The first activity students in Nic’s class do is take the assessments evaluating their interests. They then spend at least a month exploring as many careers as possible before narrowing it down to five they’d like to research indepth.

At this point students discuss how much the jobs they’re interested in pay, how much education for said careers cost, what lifestyle each career will support, and if that fits into their future plans. They pick five careers so they can have options if one doesn't pan out how they envision. Mr. Bussell tells students they’re allowed to have, “a backup plan in life.” While both he and research say you’re happiest if you don’t go into something for money, it’s still an important factor in determining if a career is the right fit for you.

The lifestyle project is 2.5 weeks. The first week is about exploring your goals. Nic reminds students to be realistic, but mentioned how it's sometimes here where students, especially those with no prior financial planning experience, spread themselves a bit thin. They go for the big house and Lamborghini. The second week is where students are forced to be realistic. This is where they must start confronting the stark reality of, if I want that house, I can't have that car.

In week two, Nic has students identify their first choice job. “Here’s what you chose,” he tells them. “Here’s what you’re going to make, and this is where you’re going to figure out how to support yourselves." Students then compare the lifestyle they've built with their projected salary. They present a monthly budget total, a monthly salary requirement, a yearly budget total, a yearly salary requirement, and then compare that to their projected income based on the career they chose. Will a student's dream job sustain a dream life? Maybe. Maybe not. Either way, students are getting a helpful dose of reality.

Nic said what he's trying to stress to students is that that by starting early and having a plan, salary could be less of an issue than many students initially think. "You could make it work if you're smart about it," he said. Like many of the students of Smith County Schools, Nic grew up in a rural area, knowing a limited range of careers. He recounts being told he'd work on a farm because that's what was around him, and wants students to realize that if they don't want to do what people think they should do, that's ok.

Nic said that every year, it seems that a different set of careers resonate to the students of Smith County. Recently, he said it’s been physical therapists, jobs in education, welders, mechanics, and farmers, but in the past he saw numerous hospitality and business careers. He loves seeing students exploring careers and breaking out of their comfort zones. He said it's always good to see students who are interested in a certain pathway learn all the options that fall under that. Students love finding out just how many different types of engineers there are or all of the various jobs that fall under the culinary umbrella. Nic tries to expose kids to some jobs they’ve maybe not heard of, both with the VirtualJobShadow.com, and in guest speakers.

The chef’s kiss is finding local success stories. We close the career awareness gap by modeling to students how people just like them have excelled in jobs that aren't right in front of them. Nic recently had Kevin J. Wills, the CFO of Pilot Flying J, a large truck travel stop company based in Knoxville in his classroom to speak with students. Topically, Kevin, who was previously Manhattan based and worked for Tapestry, Alix, and Saks Fifth Avenue, exposed NIc's students to the confluence of money and work in a real-life way. He also inspired them with evergreen career advice about working hard, furthering their education, and what qualities help you in work and life.

Nic's students will have the opportunity to hear from more local Tennessee professionals in upcoming Career Central videos recently filmed for VirtualJobShadow.com in Nashville. Carey Bringle is the Pitmaster at Peg Leg Porker, a BBQ restaurant. Electrical Apprentice Jaime Cruz and Field Forman Charles Dobbins both work for Stansell Electric. David Dorn is a studio musician. Drew Silver is a Senior Account Executive for the NFL's Tennessee Titans who sells corporate packages for Titan's home games.

We talked with Drew about his professional journey. He said what motivated him to be featured on VirtualJobShadow.com was his desire to give students an idea of what opportunities are available in the sports industry (outside of professional athletes). Much how Nic's students didn't realize how many different types of engineers there are, Drew talked about how students can see an industry giant like The Titans and think the only way they could be involved in an organization like this is by playing football. It's vital that they see and realize positions like Drew's exist out in the world. He himself had no idea an Account Excutive was a job when he was in high school. Hindsight being 20/20 and all, Drew said he also wished he realized just how important his English and writing classes were since a huge part of his job is communication, and much of it is done via email. He said the best career advice he's been given was to make strong connections with people, as you never know where it could lead. Drew started at a small minor league baseball team, but maintained a connection with a boss there who ended up moving on to the NFL.

We also spoke with Dana Morrow, HR Generalist at Stansell Electric, who helped arrange the videos featuring a Field Foreman and Electrical Apprentice. Dana himself is a great example of all the different paths following your passion could take. He's admittedly an electrician at heart, who made his way up through the apprenticeship program, worked in the field, and then transitioned into roles in the office. He's done project management, ran the service division, recruited new hires, and now he's concentrating on developing internal training for his company, all as he put it, "because I became an electrician." Dana said there were several reasons for partnering with VirtualJobShadow.com. He said it was important to highlight successful employees. He also said it tied into two parts of the company's purpose, which is "growing our people" and "helping build the community." He's helped build the community by bringing awareness to local jobs and showing students, Stansell's potential future workforce, what electricians are and whether or not it's a viable career path for them. "If they can't see it, they can't be it," he said. Dana has also gone out to speak to students in the classroom. He said that for example, showing students how he uses blueprints helps them understand why geometry, algebra, and trigonometry are important, and how they play into a career as an electrician.

As a state, Tennesee has really been stepping up in terms of providing students with excellent career exploration and vocational education opportunities. We loved this USA Today article touting the innovative ways schools around the state are exposing students to different careers. Inspiring our next generation is not something one company or teacher can do alone. It's a team effort. We need people like Drew and Dana to model what they do, and we especially need teachers like Nic who are able to bring value, creativity, and real world applications, in his case, financial planning, literacy, and some good old fashioned life advice, to career exploration. 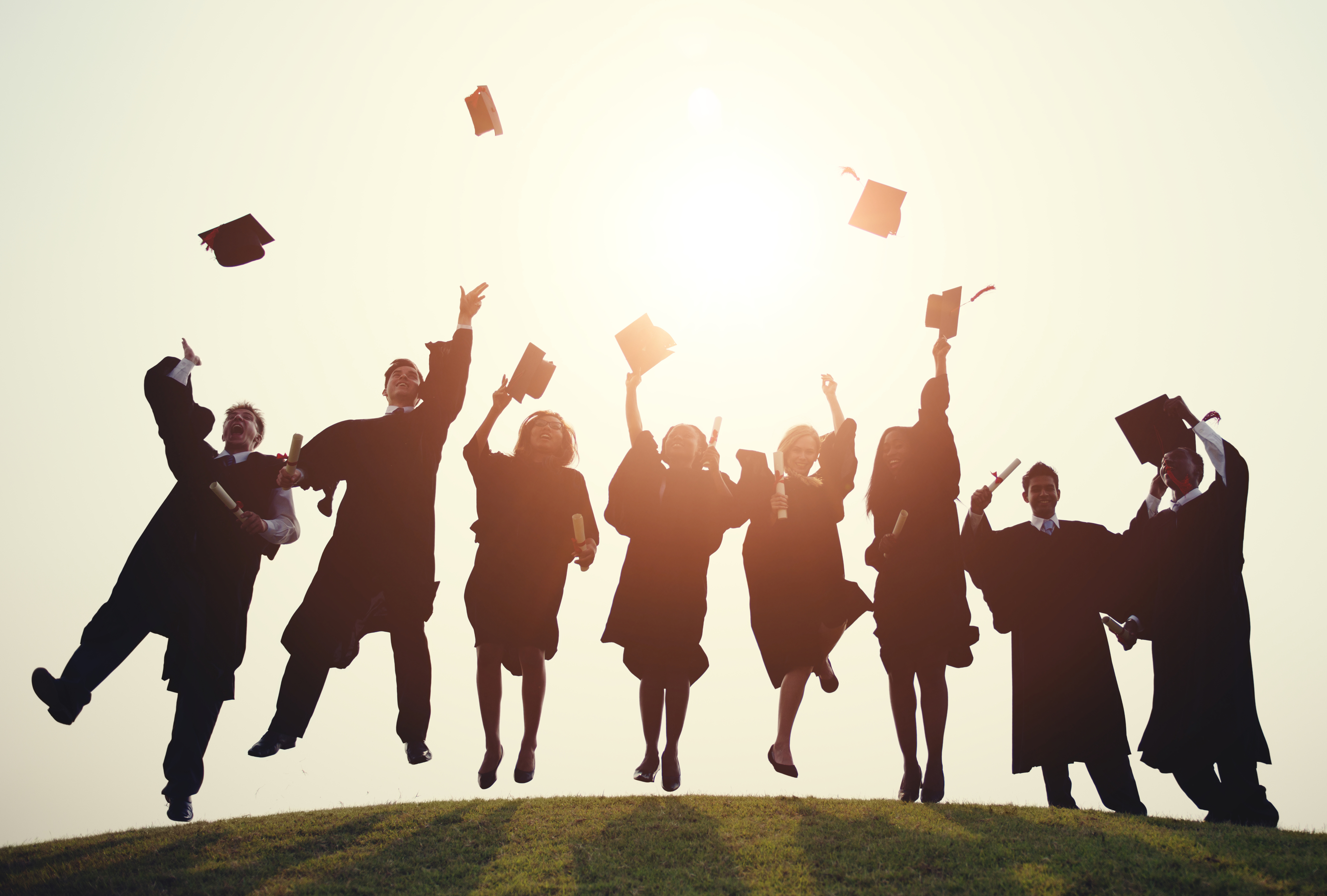 RUSD makes the conscious decision to ensure VirtualJobShadow.com is available to all students in the district. 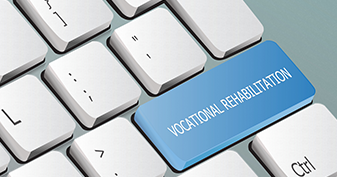 GVRA professionals use VirtualJobShadow.com to help clients figure out the best conditions for their success. 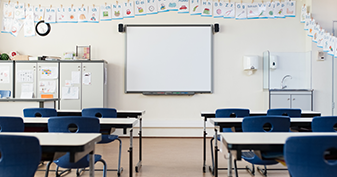 We spoke with the Educational Director of Pathfinder Education Program about building quick connections with students.