The staff of the Pathfinder Education Program in Lincoln, Nebraska is never sure what their population will look like from one day to the next. They are part of the public-school system but located in the Lancaster County Juvenile Detention Center.  They are contracted with providing educational services to youth who have been involved in law violations and are being detained by the courts.  A Pathfinder student could be male or female and anywhere from 12-19 years of age. While the average youth stays for approximately 23 days, they could be there for as little as one day or for over a year in some rare cases involving serious offenses and adult court.  When we spoke with Randall Farmer, the program’s Educational Director, and David Beatty, the eLearning Instructor and Career & Technical Teacher in the program, Pathfinder had 21 students, but that's probably different today.

Pathfinder has three primary objectives for their students.

1. Get them engaged- Mr. Farmer talked about how many of their students are disconnected from school, dislike education, and have negative feelings about learning. The goal of the staff is to get these students engaged and re-ignite the student’s passion for learning.

2. Fill in the gaps- Because of the events in their lives, and the time spent in and out of the school system, many of these individuals are coming to Pathfinder with knowledge and skill gaps. The staff attempts to find and fill these gaps in fundamental learning.

Mr. Farmer told us that when a young person comes to Pathfinder, the staff's goal is to create a plan based on what that individual needs, constantly adapting this plan as early as that first day based on their evolving needs and what they're able and willing to do. He stressed the amount of trauma present in these individuals. There’s trauma from what brought them in. There’s often trauma from their past or home life. There’s trauma due to the uncertainty of their future, and trauma associated with being in a locked facility, especially if this is their first time. Despite this trauma, sometimes these students are clever, insightful, funny, and optimistic. Other times, they're completely overwhelmed by their circumstances. They're often somewhere in between, or their outlook could wildly vacillate in a short amount of time. The staff at Pathfinder needs to continuously adapt. They’re flexing their options to see what students can do at a given time and be there as a support for those students.

A typical Pathfinder student has a host of complicated challenges they may need to face. The issues that pulled them into the juvenile justice system can create significant challenges for them to overcome. They may have delayed development of social skills, basic life skills, and academic progress.  Substance abuse is often a contributing factor to the decisions they made that ultimately caused them to be detained.  Adolescent brain development, trauma, poverty, etc., are all obstacles stacked against this population, making a positive outcome quite challenging. Pathfinder employees work to break the cycle that ensnares many of their students.  Given all the challenges these students face, they're still amazing young people. Their creative and unique thinking often makes them standout to guest speakers and presenters, due to their excellent questions and comments.   One of the students’ limitations is that they often have a very limited view of the world.  They typically don’t come from homes where college is promoted, or career exploration is prioritized, and they're often severely unaware of the scope of career opportunities available to them.

This is precisely where VirtualJobShadow.com comes in. Mr. Beatty was relating a story about how in his social studies class, after discussing a news story about computer programming, he showed students a series of videos featuring dynamic professionals in gaming careers (Animator, COO, Software Developer, Sound Designer, and Quality Assurance Tester). He said the students were amazed; they didn’t realize there were that many career opportunities in the video gaming industry. Afterwards, all the students asked Mr. Beatty for login access to VirtualJobShadow.com.  Students were exposed to jobs they never knew existed for the first time. “The beauty of it,” Beatty said, “is expanding the horizon for kids who have such a limited experience to what's out there.”

VirtualJobShadow.com is also a great resource for Pathfinder students who have reached an impasse, whether that be an academic sticking point, a motivational/emotional sticking point, or they simply need that proverbial carrot dangled to help them keep in mind that there’s a whole world of work beyond the detention center. Mr. Farmer and Mr. Beatty have both seen students having an off day get reengaged because they’d been excited about a particular career video. Career exploration can help crystallize their goals. Connecting with a video of a kayak manufacturer, detective, or audiologist can give them something to focus on. It changes their vision of what the world has to offer.

Mr. Farmer and Mr. Beatty have seen a very positive student response to the platform's Question and Answer videos which provide additional insight into a professional's career. These videos allow students to feel like they’re having a conversation with a professional rather than just listening to another adult talk at them.

Mr. Beatty stated his appreciation for the VirtualJobShadow.com administrative reports because he can see which careers are interesting to which students. The reports also provide data of time spent on career exploration. He told us a story about a young man who had never been very forthcoming. In running a specific report, he discovered this young man was very interested in a customs broker career. Beatty never would have guessed that career field would interest this student, but empowered with the report, was able to broker (pun intended) a conversation; it's a fantastic ice breaker.

The platform itself is appealing to young people, Mr. Farmer said, because it serves as a relationship builder with adults. The students drop defensive walls because they’re interested in talking with adults that could help them explore various occupations.

What’s more, is that for youth who might be disillusioned with anything that looks educational, the platform's user-friendly assessments, ease of use, and especially its multi-media tools, make it appealing. Like most students, the Pathfinder students live on visually dominant platforms like YouTube and Tik Tok. They want to consume media the way they want to consume it. Due to the high turnover rate of students in the Pathfinder program, the staff often has limited time to make connections, so this type of "quick engagement" resource is vital and provides an opening to developing a wider relationship.

Mr. Farmer concluded our conversation by saying he believes VirtualJobShadow.com is an excellent resource for other programs and facilities like theirs, where building relationships quickly with clients or students is essential. Allowing them to envision a future beyond their current situation and set goals for that future can be the catalyst for change that they need. 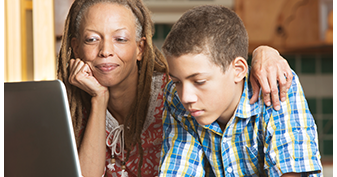 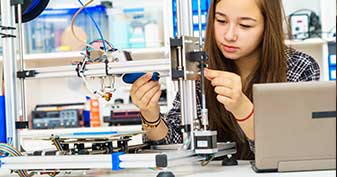 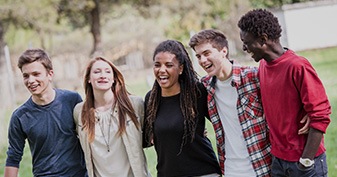 Founded in 1906 after 53 separate clubs across the country joined together into one affiliation, the Boys & Girls Club..